Another request to be  a pattern tester...another narrowly averted disaster (by disaster I obviously don't mean a real disaster of worldwide proportions with real implications to the world, I mean something mildly disastrous in the sewing realm, like cutting the wrong piece from precious fabric, or running out of the right colour thread on a Sunday!).

When Thread Theory, the new and very exciting company who are making menswear sewing patterns, contacted me to let me know the first 3 people to respond to their email would get to test their new pattern the Strathcona Henley T-shirt I typed YES and hit reply immediately! It was very early in the morning here, which I thought meant late at night there, and although us sewing bloggers like to stalk our readers late at night, I thought I was in with a good chance of being one of the first to respond.
Two days later I still had no reply. Bit rude, I thought to myself, don't want to test their bloody pattern anyway if they can't even be bothered to reply. It seems I hadn't learned from my Sewaholic testing experience....Pride Layla, pride. It's your downfall. The lovely people, Morgan and Matt, at Thread Theory had replied pretty much straight away and the email had gone to my bastard spam box. Why? People, we will never understand the reasons computers fuck with us when they know something is important to us. I didn't realise this until Friday night when I received another email- to my inbox- from them asking if I'd finished my pattern testing. Ok anyway the long and short of this story is that in a major rush, feeling mega guilty about being a failure as a pattern tester, I whipped up a t-shirt in a couple of hours, from printing and thoroughly reading the instructions to hemming and trying it on the hubby.
As I'd given most of my stash away and packed up what I was taking back to London with me I used the only piece of fabric I had left that was suitable. It's a pretty stretchy dark blue knit, which is not something you might normally see in menswear, but it actually works pretty well. In this sweaty humidity it's not the nicest thing to have on but when we get back to London and the drizzle and grey makes us lose the will to live I think it will be very cosy for hubby dearest.

The T-shirt sews up very speedily, and that was even with me reading and following instructions which is something I wouldn't usually do! The only tricky bit was the placket. I unpicked that boy at least twice and am still not totally happy with the result- it's a bit wonk city. I'm not sure that this would be something a beginner could take on although the cool thing about the pattern is that Morgan has included different options for finishing the placket as well as other parts of the process.

All in all I think this is a fab new pattern. Simple and quick, with loads of versatility- it could be a simple t-shirt sans placket, or a sweatshirt with a band at the hem - and really well fitting. The pattern itself has lots of pictures and is easy to follow especially if you are new to sewing. I'm excited about this pattern company as it's so difficult to find good men's patterns and in my quest never to buy clothes I can't keep making my lovely hubby the same shirt a trillion times!

Thanks Morgan and Matt for giving me the chance to test it out and to Rachel for alerting me to the arrival of this new company.
Posted by The Old Fashioned Way at 8/27/2013

The Old Fashioned Way
I'm Layla, I sew...a lot! I also run workhops and classes to teach you to sew. My aim is for everyone to leave behind mass consumption and come and learn to create your own designs. Email me on oldfashionedwaybeirut@gmail.com for more information. 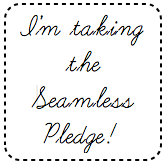 What we've talked about...